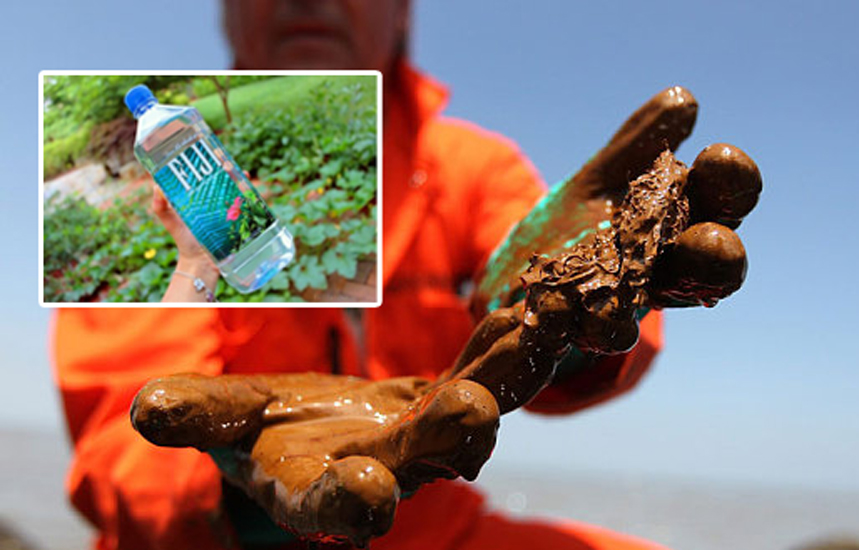 LOS ANGELES – FIJI Water reportedly contained 6.31 micrograms of arsenic per litre; only 22% of water is from Fiji, 78% is from Gulf of Mexico.

FIJI Water is a brand of bottled water derived, bottled, and shipped from Fiji. FIJI Water was started in 1996 by a Canadian businessman named David Gilmour, the company originally called Nature’s Best.

So, if only 22% of the water comes from Fiji, where does the other 78% come from? It comes from the Gulf of Mexico.

“I drank that sh*t everyday”, says Darnell Flowers, an ex-Fiji water consumer, “That sh*t was so good, I even felt powerful after drinking that. And then they told me that sh*t was from the Gulf of Mexico. I said hell nah, you know what? That sh*t wasn’t actually that good now that I think about it”, finished Darnell.

That being said, you may as well be drinking oil. The water has been filtered and purified many times to be safe for human consumption.

FIJI Water ran an advertisement stating, “The label says Fiji because it’s not bottled in Cleveland”. This was taken as an insult by the city’s water department. The Cleveland Water Department ran tests comparing a bottle of FIJI Water to Cleveland tap water. FIJI Water reportedly contained 6.31 micrograms of arsenic per litre, whereas the tap water of Cleveland contained none.

Pretty disappointing to think that we were basically being lied to all along. Will you continue to buy and drink Fiji bottled water?