CALIFORNIA – The United States Food and Drug Administration (FDA) has charged major bread factories after they discovered mice infestations which jeopardized the heath of bread consumers.

Now, the worst thing consumer could ever imagine in bread will not be mold. Few people who took the photos could only wish that’s all they had found. 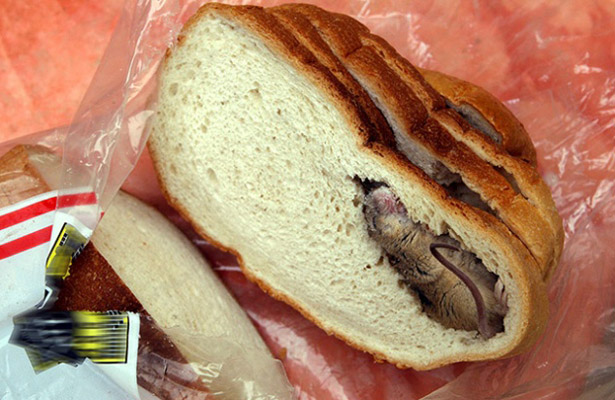 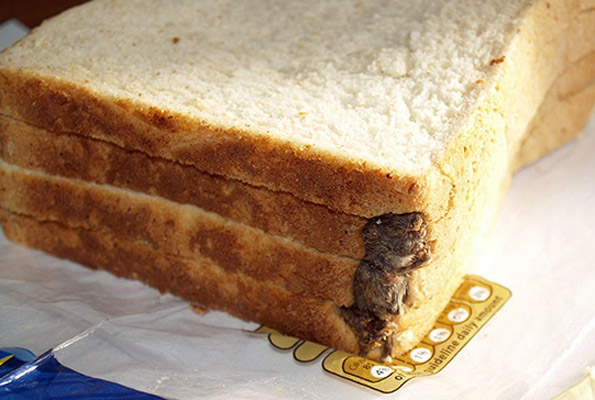 Factories have been seized after finding evidence of an “extensive” rat and mouse infestation, including droppings in the kitchen, in food and on food equipment.

Several loaves of bread nationwide over the last month turned up to have an extra little additive nobody expected.

It seems that these bread factories are experiencing major mice infestations which are causing these critters to end up smashed in the process.

Yes, it’s sad AND disgusting. Just double check that bread before you make a sandwich!