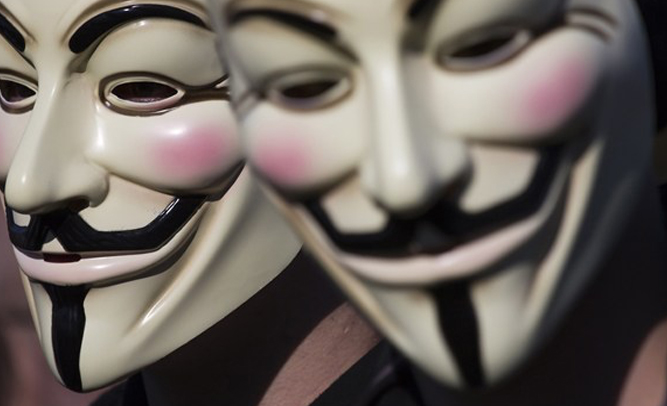 BOSTON – US Department of Justice and FBI sting of a group of apartments in downtown Boston yesterday yielded the arrests of a reported 5 members of the hacking group ‘Anonymous’.

“Anonymous hackers have been bombarding Twitter with account information of  ISIS terrorists – in hopes of having them [the accounts] removed,” said Federal Agent Rick Castle. “Several members of the group left key information about their location, and we were able to track their whereabouts and make the arrest.”

Although support for Anonymous has been at an all-time high after the group declared war on terrorists who use the internet to coordinate their attacks and pass along information, the FBI and other government agencies still list Anonymous themselves as a terrorist group.

As hacktivist group Anonymous continues to fight against ISIS, the group was able to uncover attacks in many different locations around the globe. The hacktivists allegedly discovered information regarding attacks that are scheduled for Sunday night.

“Hackers penetrate and ravage delicate public and privately owned computer systems, infecting them with viruses, and stealing information for their own ends,” said Gill. “These people, they’re terrorists.”

“Naturally we know that we will never be able to arrest every member of Anonymous, and even if we could, a new generation of tech-enthusiasts would pop up in their place, but we need to put a stop to hacking, as much as possible,” said Gill. “Maybe it’s a war we can’t win, but hey, we’ve been uselessly fighting the war on drugs for decades, so why not the war on hackers, too?”