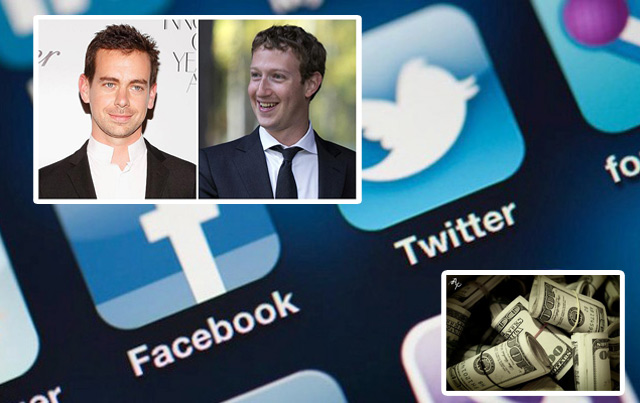 MENLO PARK, CA – CEO of Facebook and Twitter Mark Zuckerberg and Jack Dorsey, both announced that they would begin charging users for posting and tweeting, respectively, very soon.

Mark Zuckerberg announced that Facebook will now be charging $0.99 USD for each post. “It’s time we make a change” says Mark Zuckerberg, “we need to increase our revenue, charging per post is fair.

We see so many pointless status updates, maybe now users will think before posting, no more “I hate my boyfriend” statuses… hopefully.”

The social network giants, who both own mobile phone applications Instagram, whatsapp and Vine, with Facebook owning Instagram and Whatsapp, and Twitter owning Vine, will also be charging per post in the future, according to both chairmans. The charging will begin in the “the next few months”.