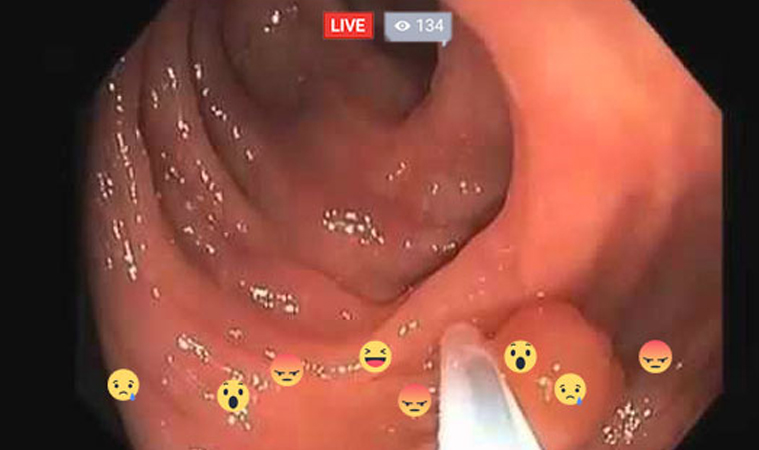 Dr. Henry, proctologist and rectal surgeon at the New Hampshire Medical Center, was trying out a new technology that allows patients to watch their colonoscopy on their cell phones during the procedure.

“A colonoscopy can be a traumatizing thing for many patients and so we try to escort them through the process. Through the use of technology, we try to make the whole experience more pleasant,” he told reporters.

“Unbeknownst to me and my patient, he had activated the video stream live on his Facebook feed. I guess this kind of stuff happens when you’re testing out new technology,” he laughed away.

The patient, Tom Hardy said the live video streaming of his colonoscopy on Facebook sent chills through the spines of his family, friends and even his coworkers.

“I have a pretty close relationship with some of my coworkers, but sharing the interior of my anus with them all was a bit intense” he admits, visibly traumatized.

Last year, a similar case happened in Florida when a man’s vasectomy was accidentally live streamed on Facebook Live after a hospital intern had filmed the operation and accidentally leaked the video on Facebook.