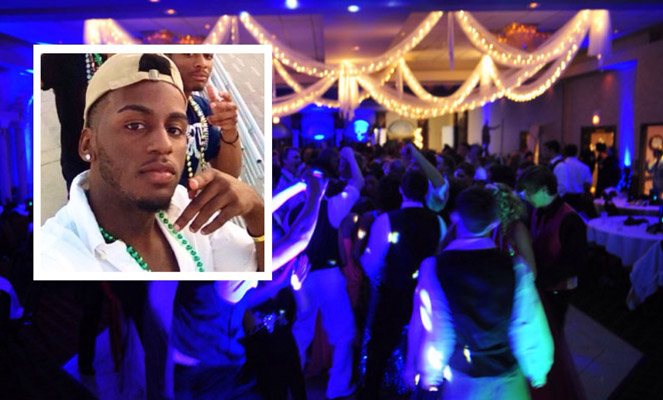 CHICAGO – Frank Allan, a 34 year old DJ, was beat to death by students for playing Iggy Azaleas music at prom.

According to students and the witnesses at Steuben’s High School the DJ Frank Allan was doing a very good job until he played a song by Australian rapper Iggy Azalea.

Mr. Mark Douglas, a student and one of many the witnesses said:

It was all good. Everyone was turnin up, but then all of a sudden he started playing an Iggy song, and like thirty n*ggas started beating his stupid a*s ruthlessly, it was crazy!

I think they went too far, like why beat the man? well… then again why did he play Iggy Azlaea? Garfield received major head injuries and was quickly rushed to the nearest hospital where he was pronounced dead.

Teachers and staff at High school are warning other DJ’s NOT to play any Iggy Azalea songs during Prom.

After Frank received the life-changing beating, most students immediately ran out of the Banquet Hall, escaping police officers who arrived a few minutes later.

Frank was pronounced dead at around 12:23 AM Saturday morning. Chicago Police are currently rounding up all students who attended the Prom for further investigation.