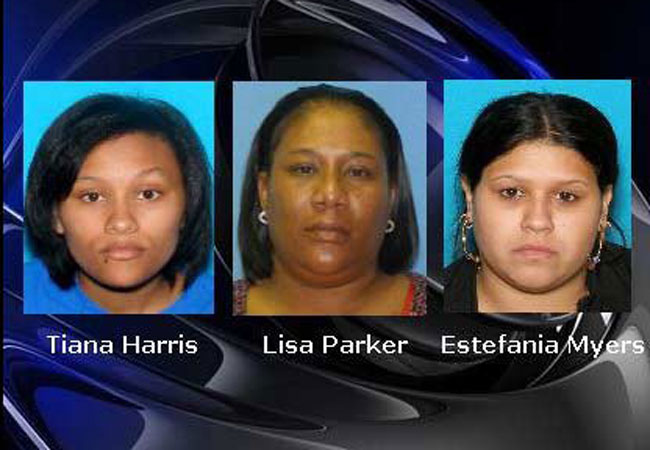 DOVER, Delaware – Three daycare employees are arrested after a Cell phone video showed  them encouraging toddlers to fight each other.

These employees have been working at ‘Hands of Our Future Daycare’, for at-least 4 years until they got caught.

Tiana Harris, 19, Lisa Parker, 47, and Estefania Myers, 21, were charged with Assault, Endangering the Welfare of a Child, Reckless Endangering and Conspiracy for the incident, which occurred in March of 2012 and was captured on cell phone video.

In the video child can be heard crying and yelling, ‘He’s pinching me,’ while a daycare worker responds, ‘No pinching, only punching.’ Clearly the child does not want to continue on, but he is pushed back into the fight by one of the adults.

“It’s not like we were making them fight with knifes. Jesus!!! Just fists, Pay us better! Then we won’t have to gamble on fights! I was just trying to make an extra buck.”

Hands of Our Future Daycare, has had its Business License suspended.