It’s awkward to see couples fighting in public as they should settle any disagreement closed-door. Somehow, this couple gave a big laugh to many after the guy took the matter into a different level.

The video starts off with a argument between the lovers, where the angry girlfriend screams at her partner over a spilled coffee in the middle of a shopping center in Hangzhou, China.

The girlfriend took off while her partner runs after her, trying to amend his clumsiness, but she pushed him away. The woman then shouted “ROLL!” (滚!). In Chinese, roll or gǔn is commonly used as an equivalent of “get lost!” 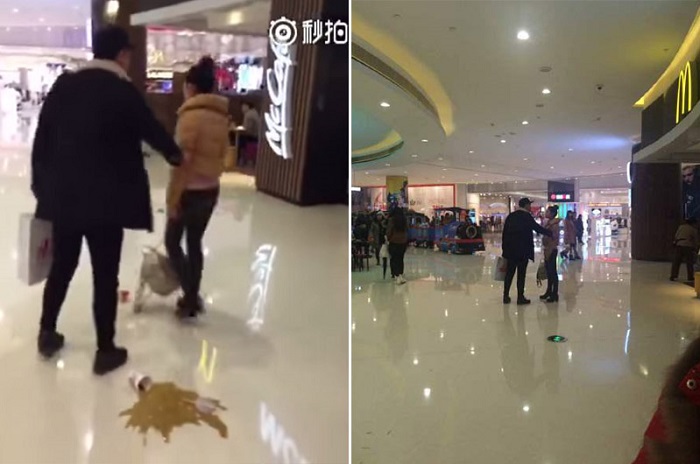 The girlfriend really meant “get lost” but this guy literally rolled over the floor to sort out the problem. The man continues to roll while his furious partner followed along, as confused onlookers watch their tantrums play. The guy must have put quiet a show in their epic “lovers quarrel”, though he might have lost his dignity for doing so. Viewers commented that this is an example of true love, in which “face” no longer matters. Well, sometimes love can really make us do stupid things just for the sake of love.