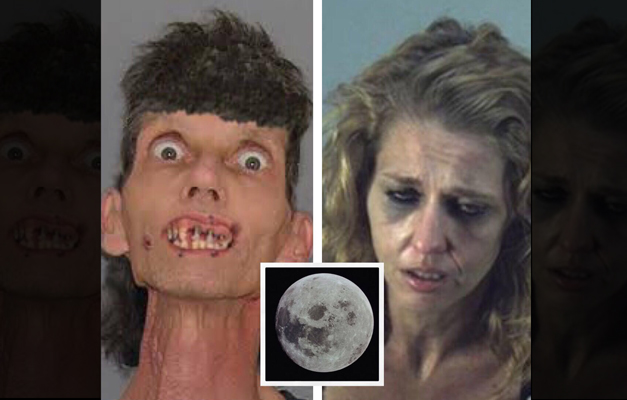 FLORIDA – A couple has been arrested for selling real estate on the moon over the weekend.

Ray Tate,44, and his girlfriend Selma Withers,38, have been arrested on over twenty counts of fraud after a gentleman went to go visit some land Tate had sold him on-line and found its not on planet earth.

Tyrell Sykes, 55,  who thought he got amazing deal on some Florida swampland said:

I put the address into my GPS and it took me to a point where I couldn’t go any further. I was just stuck driving in a circle.

It turned out, the land Tate and Withers sold was not in Florida. In fact, it wasn’t in the United States. It wasn’t even overseas. It was on the MOON..! – says Sykes visibly very angry.