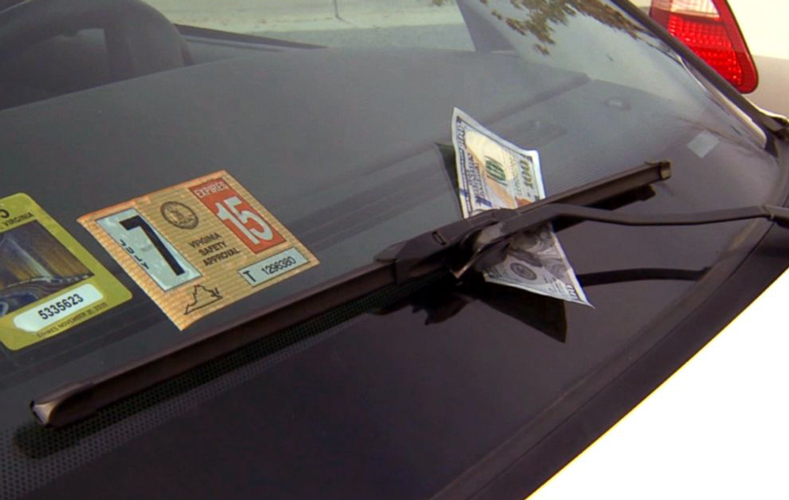 Las Vegas – $100 bill randomly appearing on your windshield is NOT an early Christmas present. Police are warning people to beware because its a scam by thieves who want to kidnap drivers.

Heartless criminals are using chemical laced $50 and $100 bill to target vehicle owners by placing the bill on the front window/windshield. When the car owner gets out to retrieve it, the chemical on bill  numbs you or makes you pass out so the crook jumps inside and speeds off in the auto.

Recently a woman shared her experience:

I came out the store with my sister and $100 bill was on my car! I climbed in from the other side she drove us through a car wash so we didn’t touch it! People are putting $50/$100 bills on your car with chemical to make you pass out so they can kidnap you hurt you and take your car! Females watch this I thought it was a joke. Well it just happened to us so we drove around until we seen no one from the parking lot anymore.

“We’ve seen incidents where auto thieves will bump the back of someone’s car in traffic. When everyone gets out of their cars, a thief will jump in the victim’s car and drive off… So, if you see a $100 bill on your windshield, it’s a scam.” he said.

According to reports this is happening in the UK & US, with the most popular locations being supermarkets & shopping centers.