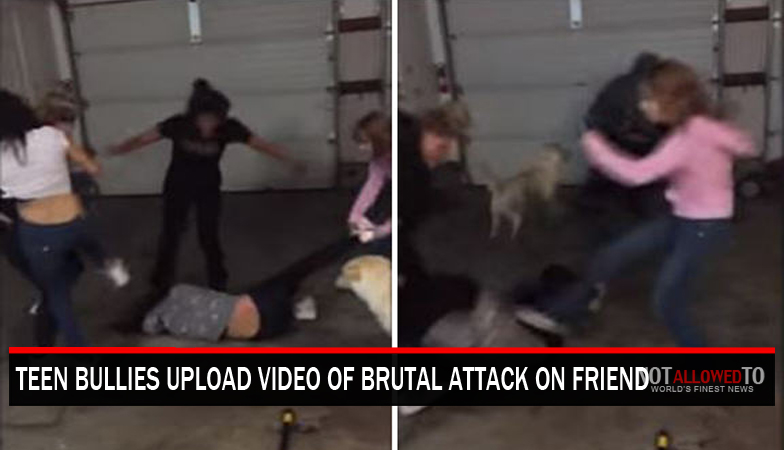 A group of teenage girls lured a 14-year-old ‘friend’ to a sleepover only to beat her up and post video online.

The video footage of the horrific incident shows, how the four girls beat the sh*t out of 14-year-old Naomi Johnson as another films it on their smartphone.

The footage shows the girls ganging up on girl and dragging her to the ground by her hair before smacking her over the head as she tries to wrestle herself free.

The graphic 10 minute has emerged as part of a lawsuit filed by victim’s father against a mother who allegedly hosted the sleepover. According to lawsuit, the mother was actually at the home while her daughter and daughter’s friends allegedly carried out the attack on Naomi in the garage.

Not only did she fail to intervene, she also provided the underage girls with alcohol prior to the beating.

Police have also been slow to react to the footage and the alleged attack, and have still yet to charge any of the attackers.