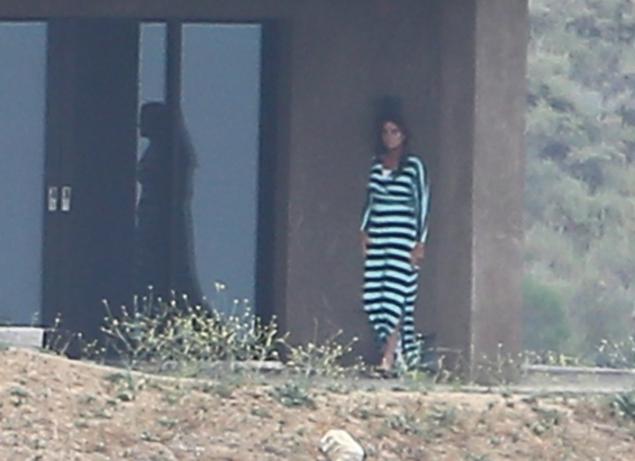 Bruce Jenner, the thrice-married father of six who’s set to reveal he’s transitioning to a woman, was spotted wearing a floor-length striped dress Tuesday outside his Malibu home.

Striking a pose with his hand on his hip, Bruce studied his refection in the window. Jenner, 65, was photographed sporting the long-sleeved black-and-white dress, with a slit from the knee to the hem, while stretching and smoking a cigarette on the mansion’s patio. 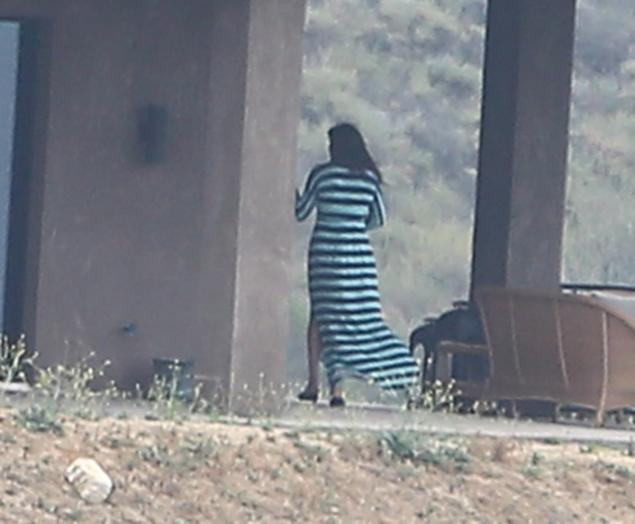 Bruce appeared to be twirling around while he checked out his reflection in the window of his Malibu home.

While walking around his property, Bruce’s striped dress was blown up by the wind, giving a glimpse of his shoes, which appear to be black flats.

“My whole life has been getting me ready for this,” Jenner, his shoulder-length hair pulled back in a ponytail, declares in a promo for the sitdown.