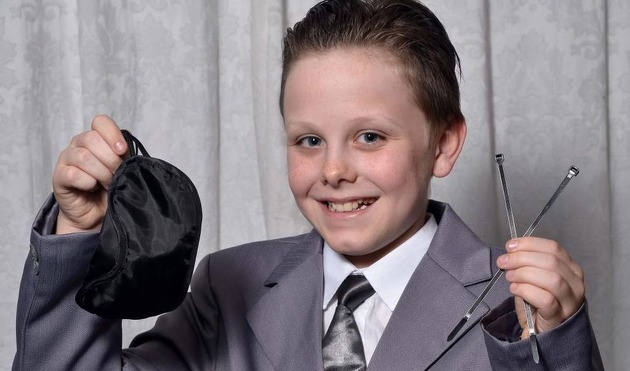 MANCHESTER – 11-year-old Liam Scholes turned up to school dressed as Christian Grey and was banned and sent straight home after teachers said the costume was “too offensive”.

Mother Nicola says other pupils were allowed to dress in equally offensive costumes, including a teacher dressed as the serial killer from the TV series Dexter . I appreciate some people will be offended but it’s a bit tongue in cheek. Liam’s not read the book, but Christian Grey has been the most talked about book character for the past few years, I don’t see what the big deal is?

According to Nicola they wanted a unique costume and Liam suggested Christian Grey for his year 7 World Book Day event.

Is this too far, or are the school out of line?