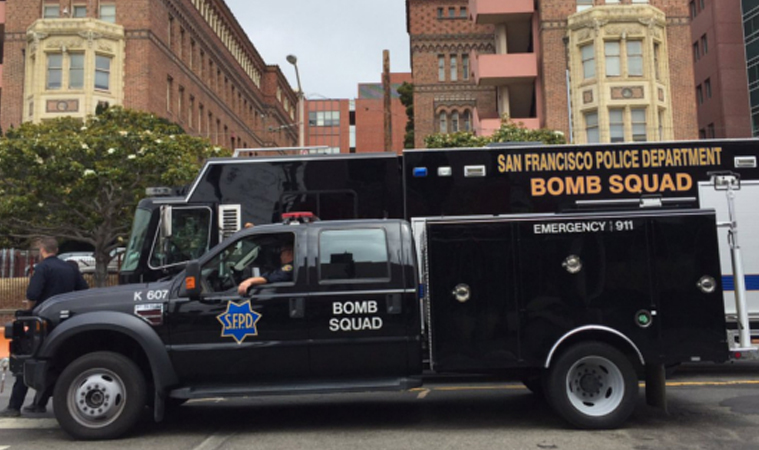 The 47-year old patient arrived at the hospital around 9:00 AM with a live M107 155mm howitzer projectile stuffed in his rectum.

The SFPD bomb squad was immediately called on the site to disarm the massive ammunition. A large portion of the hospital had to be evacuated in case the projectile exploded.

According to San Francisco Police Department spokesperson, Lt. Linda Hall, the shell could have destroyed most of the building if it had exploded.

“This was a very delicate situation involving powerful military explosives. If it had blown up, there would have been hundreds of victims.”

It took explosive experts more than two hours to successfully disarm the explosive device, allowing doctors to remove it from the patient’s cavity.

“The fact that the shell was stuck inside a patient made disarming it very complicated. Fortunately, these guys are the best in the world and they were able to accomplish a miracle.”

The patient’s name hasn’t been made public, but the San Francisco Police Department has confirmed that it had opened an investigation to determine how the man had acquired the artillery shell.

The possession of such powerful military projectiles is illegal in California and can lead to sentences of up to 10 years in prison.