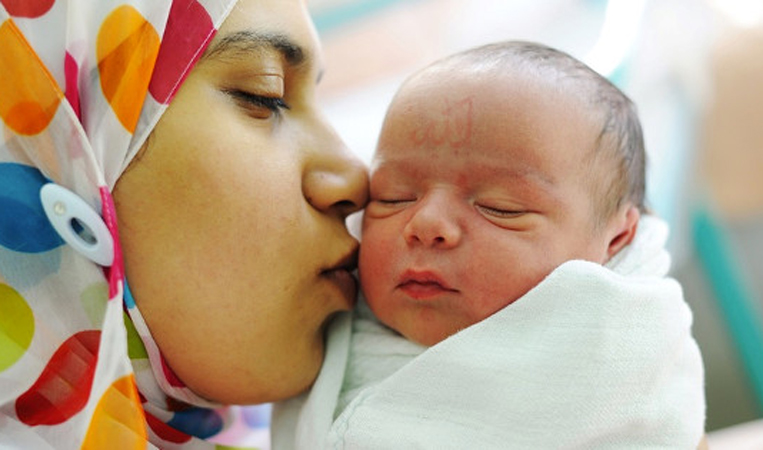 Syrian couple living in a Red Crescent camp, have given birth to a baby boy with a unique birthmark “ALLAH” on his forehead in Arabic characters.

The couple, Hussain Ahmed and Ammara Ahmed fled Syria in May 2015, after their house was destroyed by an artillery shell, during combat between ISIS and the Syrian army. Ms. Ammara was already pregnant at the time, but she still walked with her husband to reach the Turkish border.

The couple gave birth to a young boy, inside Red Crescent refugee camp. The news of the young boy’s distinctive birthmark rapidly spread across the camp and even across the country, attracting attention from the Turkish media. 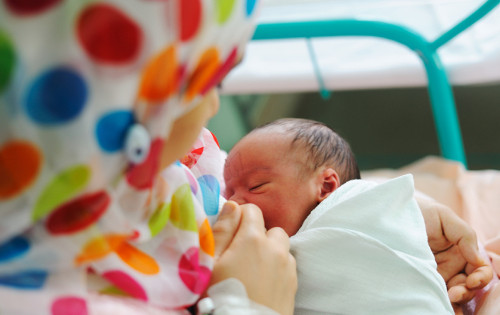 The baby boy is named “Mohammad” and has rapidly become a symbol of hope for the refugees, who have welcomed him as a message from the All-Mighty.

“This young boy is the living proof that Allah hasn’t abandoned us, It shows that despite all the horrors surrounding us, Allah is still watching over us.” says Farid al-Nouri, another refugee. “

Journalists from around the world, have visited to cover the story, and most of their reports talked almost exclusively of the young boy. Since they appeared in the media, the Couple have been given 3-year residence visa by Turkish government, they have received lots of gifts and were presented with various financial and professional offers.

The couple declared this morning that they were “very happy to leave the refugee camp for a more regular life” with their son, even if it broke their heart to leave many of their friends and family behind”.