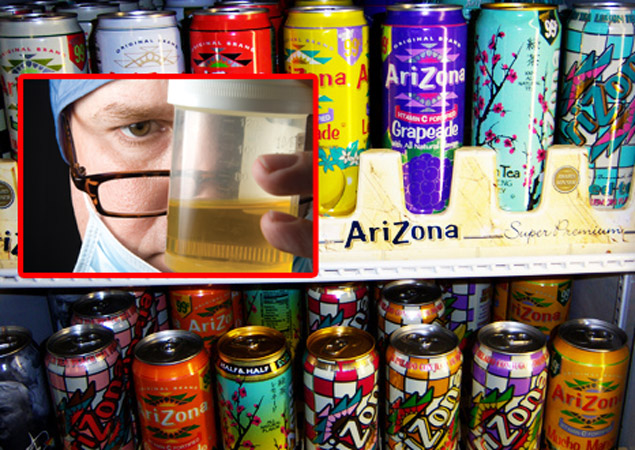 AriZona Tea has been exposed by the FDA for using human urine in their products as an active ingredient.

During a unscheduled inspection, FDA administrators visited five of AriZona’s biggest factories in the United States and what they discovered was shocking. They found that thousands and thousands of gallons of large industrial containers contained human urine.

According to the test reports and FDA, the urine was being used in AriZona’s iced tea products for years to give it its signature flavor. Laboratory tests show that 6% of the AriZona cans were made up of human urine.

“This is outrageous, For a company as popular as AriZona to be tricking its customers into drinking human urine, it is incredibly unhygienic and sick altogether. No wonder AriZona cans only cost one dollar, because human urine can be produced at no cost, unlike their other ingredients.”

If the AriZona Iced Tea Company is allowed to continue production of ice tea without urine, their price per can will more than likely double.

The FDA has immediately seized warehouse inventories and will be removing products from local stores within the next few days.