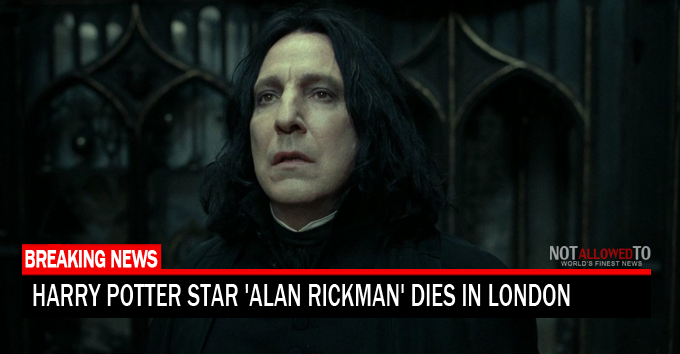 The 69 year-old British actor Alan Rickman, best known for playing Professor Snape in the ‘Harry Potter’ has died in London.

The actor’s first major role was playing Hans Gruber opposite Bruce Willis in “Die Hard.” Rickman never won an Oscar but he did receive a Golden Globe, an Emmy, a Bafta and many more. “Parts win prizes, not actors,” he said in 2008.

“Actors are agents of change,” he said. “A film, a piece of theatre, a piece of music, or a book can make a difference. It can change the world.”