African-American Removes Confederate Flag Off a Big-Rig in Traffic 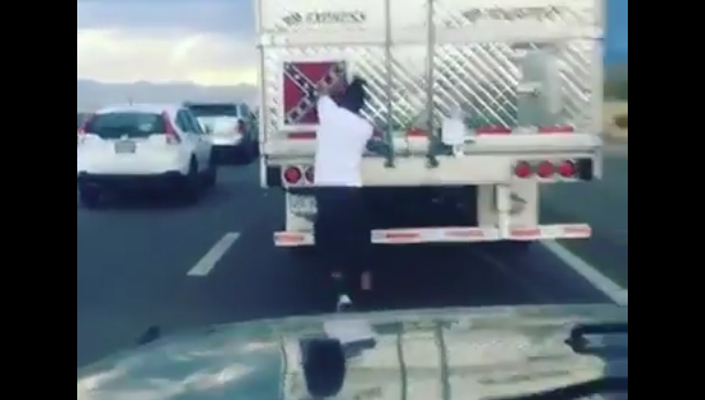 This is one way to show how you really feel about this symbol of “southern pride.”

A video of an African-American man running up behind a truck stuck in slow traffic and removing a Confederate battle flag from a truck have gone viral over social media.

The Confederate flag has increasingly come under scrutiny as a symbol of racial hatred.

Many believe its not a smart idea to mess with another man’s vehicle. Especially when that vehicle is a big-rig. This man had no fear of being hurt himself, his only intention was to hurt the pride of this southern trucker.