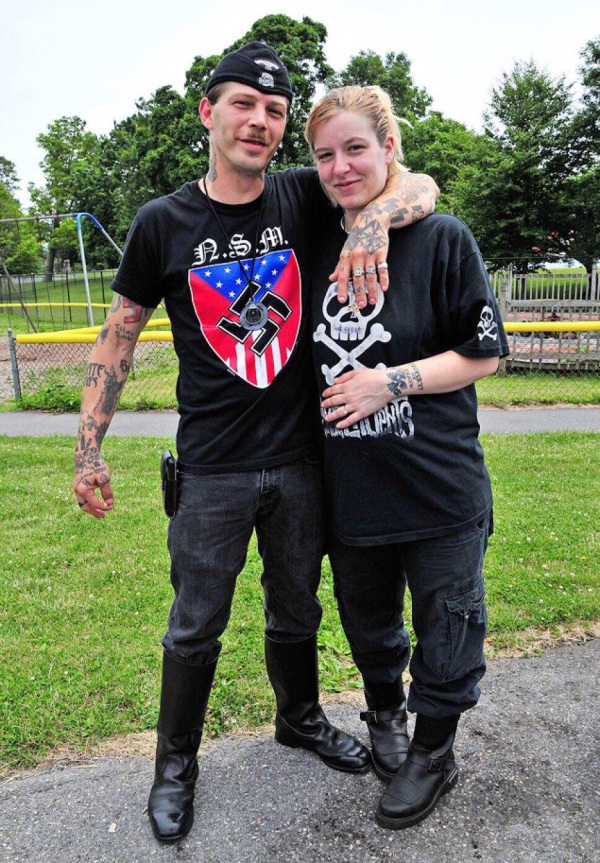 MICHIGAN – Jennifer and Todd Moyahan are suing a nearby Ann Arbor Michigan sperm bank after Jennifer, who is a neo-nazi along with her husband,gave birth to a black baby girl after being inseminated by sperm from the bank.

“What the f**king poop is this?” said Todd, shaking his head in complete disbelief.

Jennifer went on to comment, “I don’t even know how this happened. Even if the sperm was black, which when we saw the vial, it was white, I would have imagined that my white heart would have overcame the blackness. Obviously, I’m not as white as I thought I was,” said the distraught mother as she examined the Tyler Perry DVD in her hand.

Veronica Jambert, the head nurse of the sperm bank,commented, “we would like to apologize to Mr. and Mrs. Moyahan for the mix-up,” laughing under her breath. “We were completely unaware of their neo-nazibeliefs at the time. We just thought those swastikas on their arms were supposed to be ironic.”

A now cornrolled Mr. Moyahan went on to say, “ourfriends are never going to accept our baby like this so we’ve already been thinking about moving to Chicago. I hear it’s a good place to raise a black kid. It worked for the man that has driven our country into the dark arms of socialism, and I want my child to have all the advantages that devil had. Perhaps someday, our child will become president and destroy the white race once and for all. That’d be something,” said Moyahanlooking off into the distance with glassy eyes.