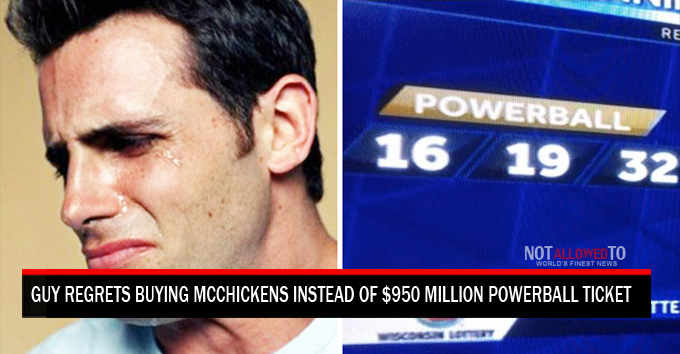 This is as shocking as it can get… A guy with the worst lotto story you will ever hear. A 25 year-old guy named Aj Agiss reportedly had the winning numbers of $950 million Powerball in his phone until he decided getting some McChicken was the better idea.

The story seems so unbelievable that we asked him to show us some proof ! Why would someone go through the time to make themselves look like this.

“I figure I would send this is to you since everyone would probably enjoy my f**king misery… Being a dumb f*ck has left me broke and on top feeling like a mo*on.” – told us. 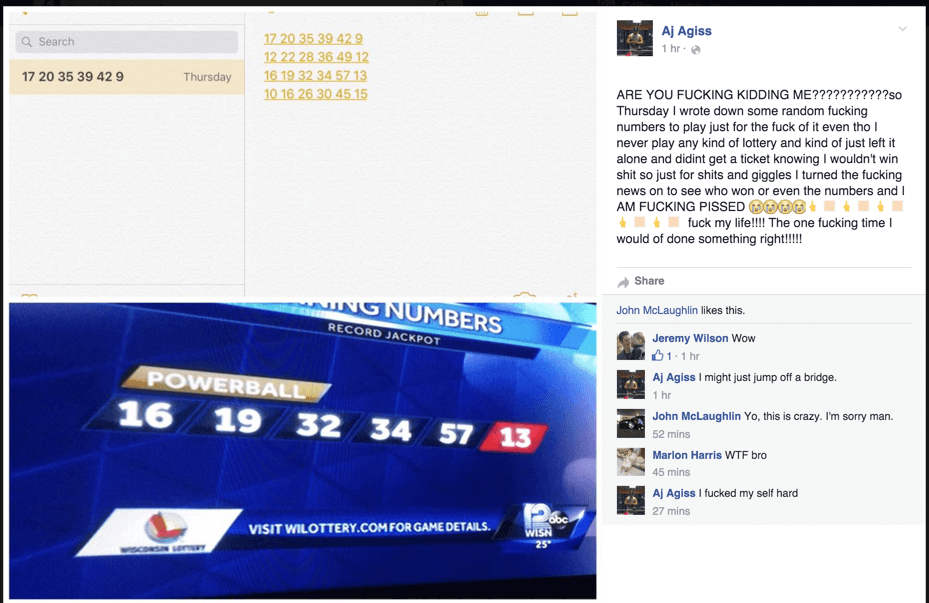 This is the most saddest story we have ever reported. With no winners in Saturday night’s record $949.8 million Powerball drawing, the next jackpot could reach an estimated $1.3 billion. There’s a 1 in 292.2 million chance of winning the Powerball’s grand prize.