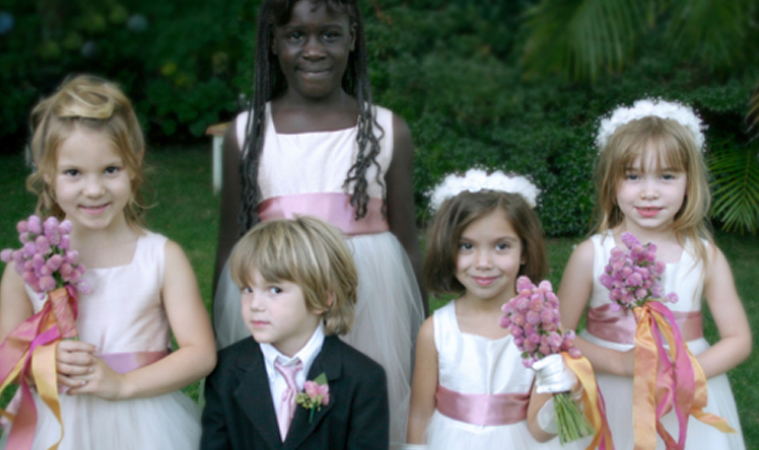 A controversial religious ceremony took place this morning in the small town of Hildale, in Utah, where the 4-year old grandson of the infamous Mormon Prophet Warren Jeffs got “married” to four girls at once.

In a religious ceremony that attracted more than 600 members of Fundamentalist Church of Jesus Christ of Latter-Day Saints (FLDS), four girls aged between four and seven years old walked down the aisle together and united their destinies to the same boy,  Jason Francis Jeffs.

One after the other, Alicia, Michelle, Lisa, and June all swore to remain “devoted and faithful for the rest of their lives and all eternity”.

The 4-year old boy then pronounced a single vow, promising to “guide all of his wives in God’s path” and “honor each of them with many sons”.

The newly-weds then exchanged kisses, drawing applauds from the hundreds of guests.

It might seem surprising to many Americans, but such ceremonies are not uncommon in some parts of Utah and Arizona.

In fact, plural and underage marriages are extremely common in Utah’s Washington County, even if they are not legally recognized by the state.

Prominent men inside the FLDS have been known to have as many as 70 wives, and Jason Jeffs has already achieved a unique status inside the organization.

Despite his young age, the grandson of the Prophet and convicted felon Warren Jeffs is already considered a Prophet by the FLDS.

Some church leaders have even identified him as the reincarnation of Joseph Smith Jr., the founder of Mormonism.