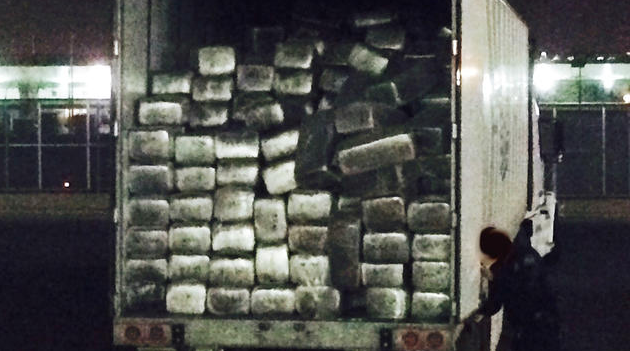 SAN DIEGO – The largest cannabis shipments ever has been seized in America after police caught drug lords smuggling more than $19 million worth of the drug.

More than 15 tons of marijuana hidden in a mattress shipment were confiscated by officers on Thursday near San Diego. The enormous drug seizure eclipsed the previous record at Otay Mesa cargo port of entry in 2003 when there was 20,000 pounds of cannabis confiscated.

However it’s not the largest seizure ever recorded by officers, as they caught dealers smuggling 35,265 pounds of weed at the Calexico East port of entry in 2013.

According to NBC , law enforcement found 31,598 pounds of marijuana stuffed inside of 1,296 packages.