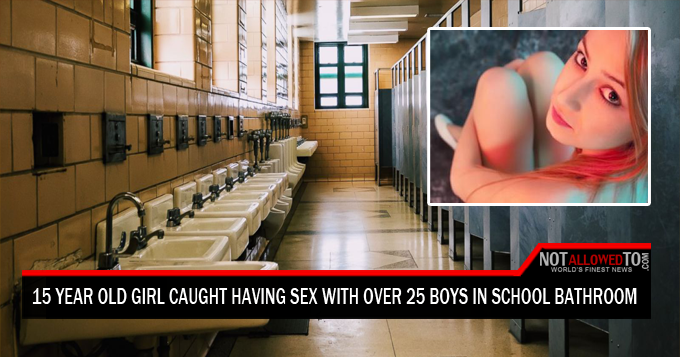 According to police report, 15-year-old female student and multiple males students had sex in a South Fort Myers High School bathroom, filmed it and then shared the video on facebook.

Officers say at least 25 males were seen entering the bathroom Tuesday after school.

A single girl was also with the boys, and that is when they did the unthinkable. The graphic video was then posted for the world to see.

There’s girls who saw the video once and it is just so disturbing to them,” said student Rachel Waters.

The girl’s mother is not planning to press charges, the sheriff’s office said, and a school district official stated that the students involved have been disciplined.

Another student, Alex Bailey, added: ‘A bunch of football players went into a room with a girl’.

A spokesperson for the the School said a student – or students – were disciplined in line with the student code of conduct, after ‘inappropriate activity’ occurred in a girls’ bathroom on campus on Tuesday. It happened out of school hours on Wednesday morning.